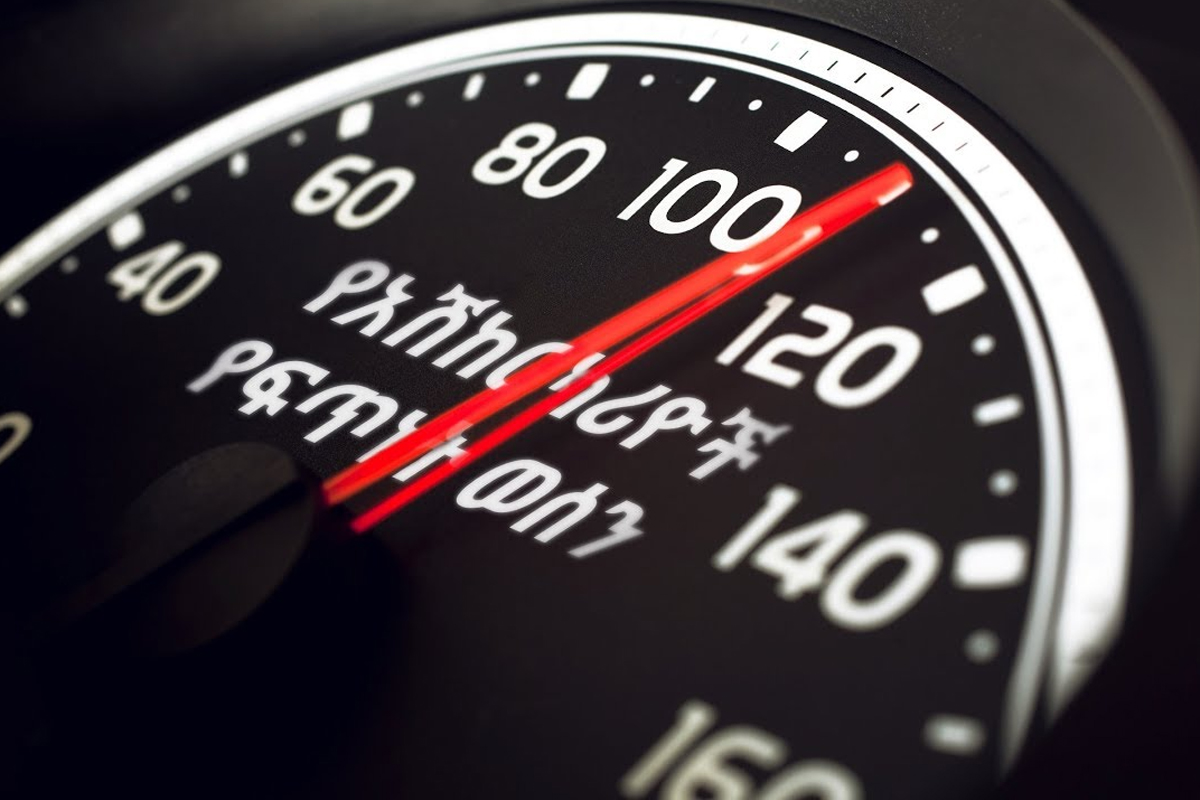 It seems that the control of speed is one of the most difficult areas in transport safety today. It is not because of the lack of means to restrict excessive speeds, rather it is the lack of will to engage in measures that will solve the problem.

Most heavy vehicles assembled in or after 1995 are equipped with an Electronic Control Module (or ECM), which controls various engine parameters such as the maximum speed of the vehicle. The speed limiter has no effect on engine performance and effi ciency until the vehicle reaches the pre-set speed limit. Once this speed is reached, the ECM controls the fuel injection and prevents the vehicle from going any faster, even if the driver fully steps on the accelerator.

The speed limiter used in this experiment is an active gas pedal providing drivers with counter- force, whenever they try to exceed the pre-set speed limit.

The pedal resistance is sufficient to remind drivers of the speed limit, and the extra effort required to go faster is sufficient to deter them from speeding. The performance of the vehicle is not affected at speed levels below the pre-set maximum speed. When the speed of the vehicle is approaching the pre-set limit, the counter-force of the accelerator gradually increases.

The speed limiter also restricts the engine’s fuel injection, when the vehicle reaches the actual speed limit. In order to not cut abruptly the acceleration, when the speed level reaches the pre-set limit and to have a smooth transition to the limited mode, the device allows the speed to exceed the limit initially, but the accelerator cannot be depressed until the speed of the car decreases below the pre-set speed limit. The engine brake is often enough to suppress the speed. However, when driving downhill, or if the driver depresses the clutch pedal, the car can maintain a higher speed for a while by rolling freely. In the tests the speed limiter had continuously one of several speed limit channels activated.

What are the benefi ts of using speed limters?

Environmental – Estimates indicate that, activating speed limiters on heavy vehicles will lead to annual fuel savings. As a result, greenhouse gas (GHG) emissions will be reduced by million tonnes of CO2 per year.

Road safety – Activating the speed limiter will also have a positive impact on road safety. Infrastructures, road signs and traffi c signals currently in use are designed to ensure safe driving as long as the posted speed limits are respected. Many studies have highlighted the dangers drivers face when they exceed speed limits. It has been shown that:

GIGAR Trading and Technical Center with its qualified and trained technicians is ready to supply and install the speed limiter as the excessive speed is the greatest safety problem in Ethiopia and help our customers benefit from its use.